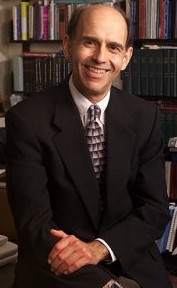 Dr. Bruce Ganem, Ph.D. is Franz and Elisabeth Roessler Professor of Chemistry in the College of Arts and Sciences at Cornell University.  He is also Co-Founder of KensaGroup, LLC and serves as its Chief Scientific Officer. As a scientist-entrepreneur, Dr. Ganem has founded or helped start several biopharmaceutical and technology companies in the past 25 years, including LeukoSite, ArQule, Natural Pharmaceuticals, Inc., Taktix, Gene Network Sciences, NovaSterilis, Medhesives, North Sea Resins, and Novomer. He served as North American Executive Editor of Tetrahedron Letters, an international chemistry journal, and also on the editorial boards of the Canadian Journal of Chemistry, Chemtracts, the Encyclopedia of Analytical Chemistry, and VCH Publishers.

Dr. Ganem is Director and Member of the Scientific Advisory Board of KensaGroup LLC. He served as a Member of the Scientific Advisory Board at Novomer, Inc., and Amicus Therapeutics, Inc. He has authored over 250 scientific papers, and holds five patents. Dr. Ganem was also appointed Adjunct Professor of Entrpreneurship at Cornell’s S.C. Johnson Graduate School of Management from 1998 to 2010 and was named a J. Thomas Clark Professor of Entrepreneurship and Personal Enterprise.   Dr. Ganem joined the Cornell faculty in 1974, serving as Department chairman from 1993 to 1997 and again since 2001.

A synthetic organic chemist by training, he has broad scientific research interests ranging from organic and analytical chemistry to biochemistry and molecular medicine, including medicinal chemistry, structure-based drug design, protein engineering, and biotechnology. Dr. Ganem is the recipient of numerous awards and honors, including the 1999 Chemical Manufacturers Association’s National Catalyst Award, the 2007 American Chemical Society Award for Creative Invention and the 2012 Esselen Award for Chemistry in the Public Interest.  Dr. Ganem received his B.A degree in Chemistry from Harvard College and his Ph.D in Organic chemistry from Columbia University. He completed Postdoctoral work at Stanford before joining the Cornell faculty. 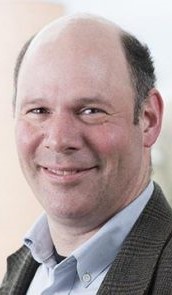 David Putnam joined the College of Engineering at Cornell University in 2002. Prior to joining the engineering faculty, he was an NIH postdoctoral fellow in the Department of Chemical Engineering at MIT in the laboratory of Professor Robert Langer. From 2000 until 2002, he held a joint appointment with MIT and as a Scientific co-Founder of a startup company, TransForm Pharmaceuticals, Inc., which was acquired by Johnson & Johnson in March, 2005. In 2008-2009 he was an Entrepreneur-in-Residence at PureTech Ventrures in Boston, MA where he focused on emerging technologies in the field of drug delivery. He is currently a member of seven Editorial Advisory Boards including Pharmaceutical Research, Journal of Controlled Release, Analytical Biochemistry and Experimental Biology and Medicine. His funding sources include NIH, NSF, the Coulter Foundation and the Department of Defense. He is a Fellow of AIMBE (reserved for the top 2% of Biomedical Engineers in the United States) and the Coulter Foundation. He received his B.S. in Pharmacy from Union University and his Ph.D. in Pharmaceutical Chemistry from the University of Utah.

Zach Shulman has been Director of Entrepreneurship at Cornell since October 2013 and a Managing Partner at Cayuga Venture Fund since 2004.  Prior to his current roles, Zach was a Senior Lecturer at Cornell’s Johnson Graduate School of Management and headed up many entrepreneurship-related programmatic activities there.  Prior to that, Zach was a corporate lawyer in Boston and Ithaca and also General Counsel at a tech company that raised boatloads of venture capital in 1999 and 2000; ultimately, Zach took that company through bankruptcy.  Zach earned a Bachelor of Science from the Cornell University School of Industrial and Labor Relations and graduated from Cornell University Law School, magna cum laude.